Beware of scareware that tries to convince you to click on their link. Here is some information to consider.

The following excerpt from http://netsecurity.about.com/od/antivirusandmalware/a/Scareware.htm helps you understand what it is and what it can do/

Should you be Afraid of Scareware?

We’ve all heard about computer viruses, worms, trojan horses, and bot nets, but have you heard of Scareware? It’s not a new concept, although it seems to be coming back into fashion in the internet malware world.

Scareware is a term used to describe an application that is usually associated with a scam to trick unsuspecting users into thinking that they have a computer virus or some other kind of major computer issue that only the Scareware application can fix.

Once the unsuspecting user downloads and installs the Scareware application that is supposed to fix the “problem”, a malicious payload may also be installed on the computer that can be used to harvest a user’s personal data or control the victim’s PC remotely to carry out other attacks.

Some Scareware’s sole purpose is to make money for its developers. They may pass it off as an anti-virus program, PC performance enhancing software, or some other legitimate application. The application usually does not perform its advertised function at all and is merely a façade to scheme users out of their money or install malware onto their computers.

The reason it’s called Scareware is because it plays on people’s fear and anxiety about computer viruses to convince them to install malware that they would normally not install.

Some Scareware may be purely a prank intended to make someone sweat a little bit, but most has good old fashion greed as a motive. There are many classes of Scareware from the innocent prank type, all the way to a class of Scareware called Ransomware, where a user’s data is literally held for ransom through the use of encryption. The Ransomware developer will contact the user and tell them that he will provide them with the encryption key that he used to encrypt the contents of their hard drive, but only after the user wires him a sum of money first. If the user doesn’t comply and wire the money, then the victim’s data will remain encrypted and completely unreadable.

How do you recognize and avoid Scareware? Follow these simple tips below:

Many Scareware programs enter a user’s system when the user is presented with a cleverly designed pop-up box that looks like it is a message from their computer’s operating system telling them that there is a virus and then giving them further instructions on how to fix it. The pop-up is actually created by the Scareware developer and is designed to convince the user that they have a virus when they really do not. If the user clicks a link anywhere in the pop up message it usually leads to them having Scareware installed onto their PC.

Turning on your browser’s pop-up blocker will squash many of these types of attacks, but some may still get through if they are done in Flash, or some other method that might not be caught by the pop-up blocker.

2. Never download any anti-virus software from a pop-up window or link sent to you via an e-mail

Always go to the anti-virus software developer’s main website to download it. Never trust a link sent via e-mail or found in a pop-up. Stay away from brands of anti-virus that you have never heard of. Check out About.com’s Anti-virus Site for more guidance on choosing a good AV application for your computer.

If your anti-virus software has the latest definitions, then you can be reasonably certain that the pop-up message you just received that says you are infected is a Scareware scam. When in doubt, update and do a full system scan. If the pop-up claims that only their tool can detect and clean the infection this is a further hint that it’s a Scareware scam.

4. When closing a pop-up ad, always use the operating system’s “X” button in the corner of the pop-up window.

If you think you may already be a victim of a Scareware attack you should take action immediately to make sure that your computer is cleaned of the Scareware and is malware free.

TeamViewer for your
Remote Support! 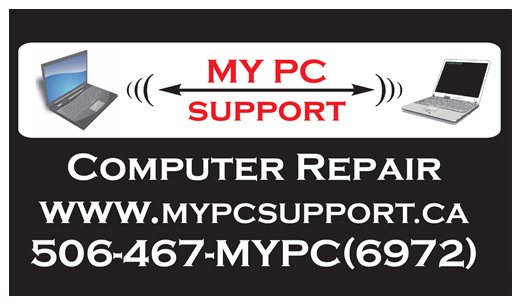 My PC Support 2023 . Powered by WordPress